Unless you have been living under a rock, or didn't watch any news this morning, you have probably heard of Kony 2012.  You may not know exactly what it is, but you have heard of it.  The video that you can find at Kony2012 will tell you everything you need to know about the topic.  Yes, it is 29 minutes long.  Yes, you probably have a lot of things you could get done in that time.  Yes, those are also the thoughts that ran through mind when I saw how long this video was, but seriously once I started the video I couldn't stop it.  It was riveting! 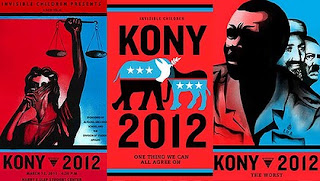 
I first heard of Invisible Children about 7 years ago from one of my teammates.  Basketball and Campus Crusaders for Christ were my thing at the time, basketball and Invisible Children were her thing at the time.  I didn't know a ton about the issue, I just knew that she cared deeply about the topic.  In fact she went to Uganda after her basketball career was over.  I remember her telling me it was the most inspirational, saddening and touching experience of her life!  Fast forward 7 years and here is Invisible Children on the front page and head line story of many major media outlets!  She was instantly the first thing I thought about when I heard about Kony 2012. I couldn't be more proud of her efforts over the years (along with many others)! 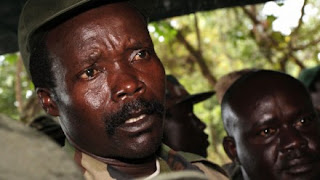 So just a little background from what I learned in the video in case you don't get the chance to watch the whole thing through.

So what can we do?

This revolution may change the way that the world functions.  Watch the video and pay attention to the pyramid of power, that is one of the most fascinating things in the video to me.

Please help in any way you can, even if it is sending out one tweet.
Every little bit helps :)
Posted by Mac at 8:39 AM