I tweeted this last week...

Since I was young my family has always been really close and I don't just mean my immediate family, I mean my whole extended family (mom's side)- aunts, uncles, cousins, second cousins, grandma grandpa, etc.  We all get together far too frequently some may think, but for us it is just normal and we love it!  So since we're such a close family, we decided why not make one more excuse meet up!

The idea of a Grub Club was actually originally my aunts.  She did not really expect it to be a repeated thing, and it didn't even have the name "Grub Club" it was actually originally called a "Recipe Extravaganza".  Essentially Grub Club is an excuse for my family, usually just the ladies, to get together and make/try new recipes that we have never had!  We sit around drink wine, eat food and play games at the end of the night... I know you wish you were part of my family, don't you?

We all plan to meet once a month, not sure if we'll get to do it for December because it's such a crazy month, so be prepared for new recipes each month!

So without further ado here are the recipes that were made for November's Grub Club! 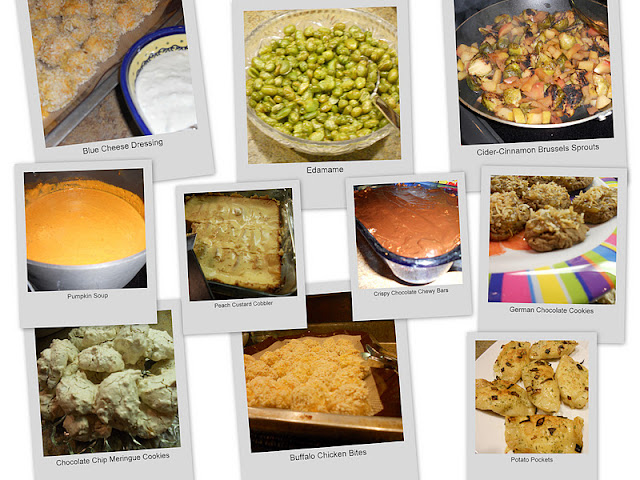 My family is using an account I made at allrecipes.com, so everyone uploads their own recipe.  I have pictures of all the dishes made, however, not everyone has uploaded their recipe, so there are a few recipes missing (sorry!).  Any that are missing I will update them when next months Grub Club recipes are revealed.

Note: Most of these are not original recipes.  I am trying to get everybody to put there source on there recipe so we can give credit where it is due, I apologize if there is nothing noted.