Are You Ready For Some Football?!

Last  night marked the kickoff of the NFL season, and it just so happened that my two favorite teams took part in that game... the Packers (my #1) and the Saints (my #2)!

I am a Packers fan because I grew up in WI.  Granted I was born and raised the first 10 years of my life in Minnesota, my parents and grandparents are from WI and we were raised with green and gold in our blood.

I am a Saints fan, mostly because of my bf.  He taught and lived down south and was a Saints season ticket holder and fell in love with the people, the state, the culture and the team.... I found myself doing the same thing! I have taken three trips to New Orleans... 1.) When I was in middle school for a basketball tournament 2.) Vacation 3.) NIRSA conference (Part I, Part II, Part III, and Part IV).  During my vacation there my bf and I were able to catch a Saints game, which was really what won me over.  Lambeau Field has an awesome atmosphere, but the Super Dome has a completely different feel.  Not only is it a constant party, but walking into the stadium I was overwhelmed with emotion thinking of this very space being used as an emergency site during Hurricane Katrina.  Not only that the people at the game were the most hilarious and friendly people ever!  All three were amazing experiences and quite frankly I would love to move to New Orleans! 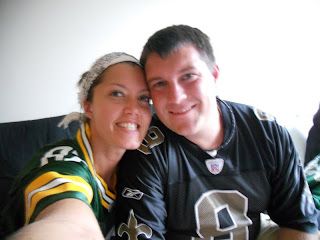 So last night was really going to be a win-win for me, regardless of who won. 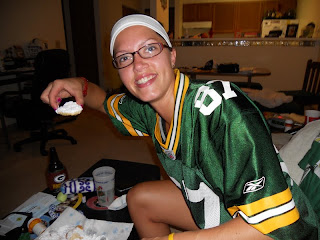 In the spirit of the Saints, we made beignets, a doughnut type pastry from down south!  Last time I was down there I picked up a box of Cafe Du Monda beignet mix to make back home.  Mmm mmm mmm! 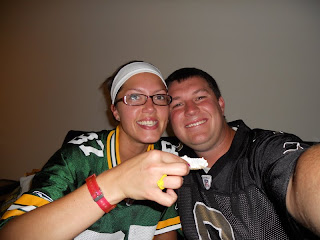 Hope you all enjoyed the game as much as we did! Who is your favorite team?

Smile it's the weekend! 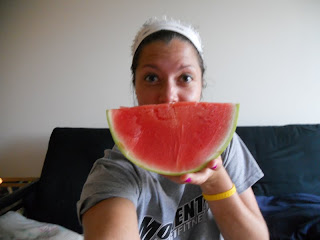