I just returned from La Crosse a little earlier this afternoon after an amazingly fun weekend with some of my college friends and co-workers! There were two primary reasons for me to go to La Crosse, the first was to run the UW-L Turkey Trot (I was the race director last year, so the race is near and dear to my heart) and the second was to see my lovely friends!

Turkey Trot
The UW-L 17th annual Turkey Trot was yet again a success this year!  This was my first year ever running it, even though I went to UW-L for five years and was the race director last year.  It was incredibly interesting to see the race from the other side of things.  I was able to see the ups and downs of the course and the event set up a lot better from a participants point of view.

I started my Saturday morning off by getting up bright and early at 6am so I could go and help out with race day registration. 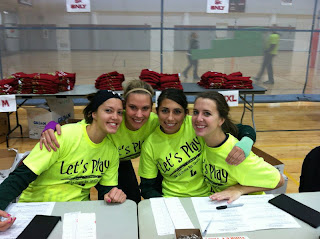 About 15 minutes before the race we were released so we could go to the bathroom and get to the starting line in time.  These are some of my old co-workers that were running the race...

This is what the starting line of a 2,000 participant 5K looks like :)  I ran with my friend who flew in from New Hampshire for the race so we could spend some QT together.  We lined up in the 30 minute area.

The course is a beautiful one! We started on campus, then made our way to the marsh where we ran on the running trails, and then we finally looped our way back to campus where we finished with a final lap on the track. 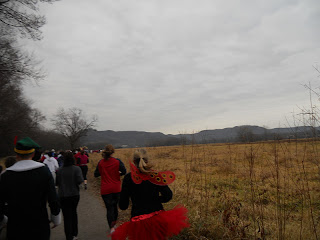 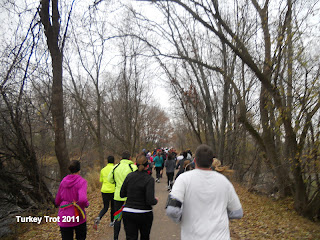 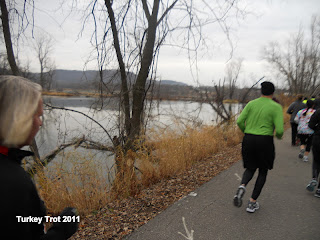 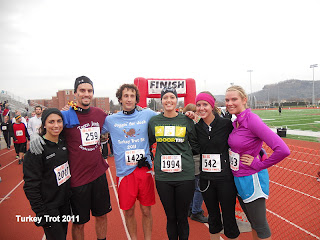 This is my running partner, JC!  She did an awesome job!  She didn't really train for the race or do any running really, but she ran the whole race without stopping... that's my girl! JC and I worked together last year and we took a picture with Flash the turkey on race morning, however, some how that picture mysteriously disappeared, so we made sure we got another picture with him this year!


I had a lot of fun running the race and I can't wait to run it again next year! If you live near La Crosse, I highly recommend running this race next year, it is always the Saturday before Thanksgiving so mark it down.  Maybe next year I will run it competitively?

Did you run a race this weekend?  Are you running a Thanksgiving race?

Friends
Saturday was a day long celebration with my friends not only because it's been four months since we have all been together, but also because now all of us SE staff from last year are officially done putting on the Turkey Trot... it's a bittersweet celebration.

Here's a snapshot of the night.... so many other pictures from the night, but I won't bore you with 20 albums of pictures. 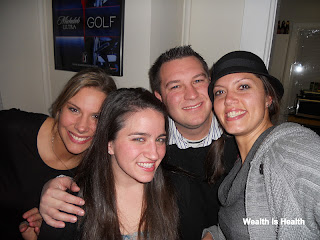 Thanks for the great weekend ladies, especially you JC for flying in from NH!  It was truly a blast and can't wait to do it again over Christmas break!

What did you do this weekend?